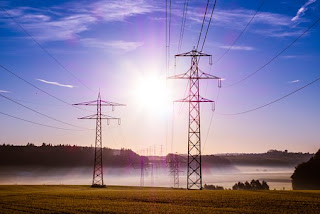 OHM’S LAW originally contained two parts. Its first part was simply the defining equation for resistance, \(V\) = \(I\) \(R\). We often refer to this equation as being Ohm’s Law. However, Ohm also stated that \(R\) is a constant independent of \(V\) and \(I\). This latter part of the Law is only approximately correct.